New Zealand Nature: What to Expect

New Zealand, the land of vivid green peaks, chalky blue braided rivers and wild isolated spaces teeming with life. Two words combine to forge the identity of New Zealand nature – unique and primitive. A staggering 80% of plant life and 70% of animal life here is entirely unique to New Zealand. When you step foot on our land, it is like stepping back in time. It’s majestic and quirky but you have to slow down to appreciate it. Picture Jurassic Park (without the T-Rex!). New Zealand nature is like a time capsule, step back into prehistoric time with us and take a glimpse of what our world once looked like.

Take your backpack off, stand still, observe and connect with New Zealand nature.

Why is New Zealand nature unique?

The fascinating reason as to why New Zealand is preserved in this primitive state is because everything here evolved in complete isolation. 80 million years ago, New Zealand split off from Gondwana. The near mammal-free environment allowed unique life to thrive in an environment free from predators. They were left in peace until around 800 years ago, when humans first settled in New Zealand and, over time, drove many of the beautiful beasts (like the biggest eagle in the world, the Haast’s eagle and a range of moa species) to extinction.

An intriguing fact about New Zealand fauna is that some of our native species display island gigantism characteristics. The gigantism phenomenon occurs when species are left in isolation with no constraints, so they grow larger than in other places. Haast’s eagle and moa were prime examples before they became extinct. But examples that can still be seen today are the kauri snails, huge earthworms and the giant weta. The largest weta ever recorded weighed in at 71 grams and is the world record holder for the heaviest insect on earth!

New Zealand fauna consists predominantly of birds and insects. Our New Zealand animals may not be the most intimidating or colourful but it sure is weird and wonderful! 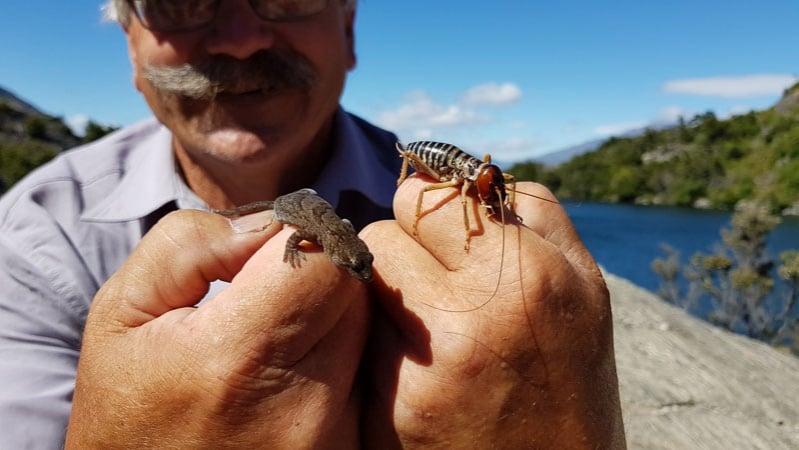 An ecologist on Mou Waho Island with two New Zealand fauna examples - a gecko, and a weta.

Some of its fascinating characteristics are that it can live in near-freezing temperatures, can hold its breath for up to an hour and has a third eye, known as a parietal eye. Tuatara can be found across the seven islands in Cook Strait and in special predator-free sanctuaries on the mainland.

Bizarrely, we also have a whole host of flightless birds. Birds were at the top of the food chain here with the absence of predators so many lost the ability to fly. 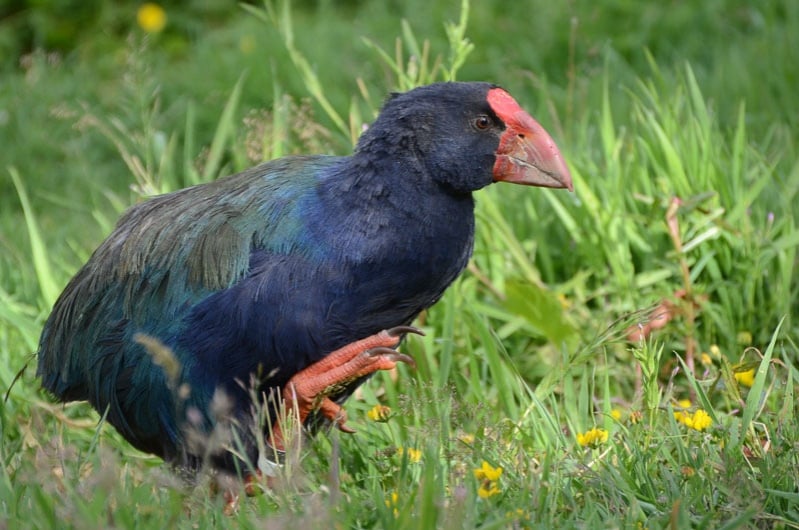 A gorgeous Takahe, another fabulous example of a New Zealand animal recovering from the brink of extinction.

Read about more of our favourite residents here including Fiordland crested penguins and Hectors dolphins.

Our plant life is just as unique as New Zealand animals. Our native trees are especially fascinating and steeped in Māori narratives. 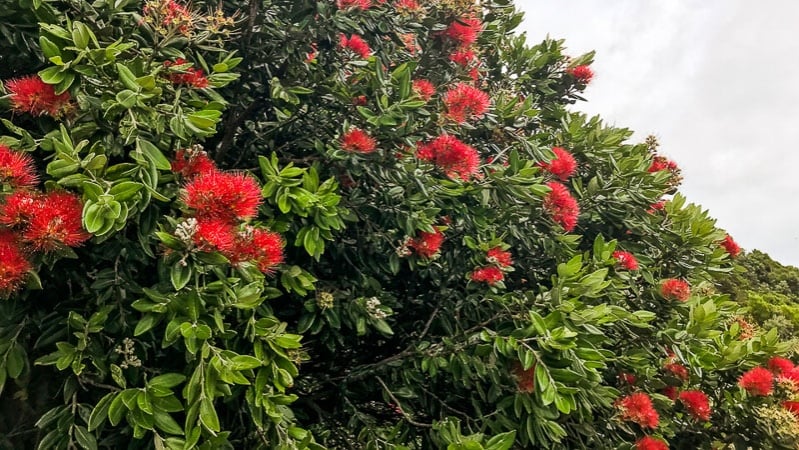 The brilliant blooms of a pohutukawa tree - New Zealand nature at its finest!

The bush in New Zealand is the indigenous forest. It consists mainly of mixed broadleaf and conifer in the North Island and native beech in the South. In Maori tradition, the bush was the home of Māori gods and spirits.

Tracks and huts weave through the wilderness so as today you can navigate the bush safely. You will get to explore the depths of the wild and enchanting New Zealand bush on your New Zealand Trails tour.

You can experience its beauty for yourself as part of our Kiwi Classic on a day hike along Lake Rotoiti. There you will experience the beautiful beech forest, learn about the kiwi programme and go for a dip in the lake, if you are feeling adventurous! 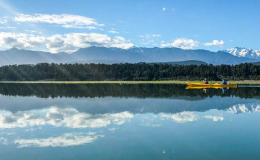 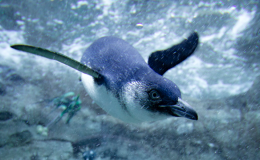 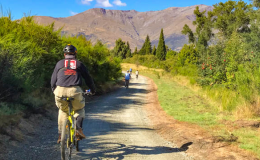