What exactly are New Zealand’s favourite sports? And can I join in? Well, sure! Read on to discover 10 of our favourite sporting pastimes all of which you can watch, join in or even compete in while you’re here if you like.

We are a sporting nation. Whether it’s team sports or outdoor pursuits you’ll find us there with bells on. And we’re not one track minded either – in fact, many of us like team sports AND adventure sports and everything in between. In fact, you’ll likely find us doing way more than one activity on any given weekend.

It’s not unusual in the spring to go mountain biking one day and skiing the next. Or even playing rugby in the morning and cricket in the afternoon during the long days of the summer months. Basically as long as it’s fun, outdoors and involves some kind of adrenaline rush then it’ll be a Kiwi favourite. Here are 10 of our favourite sports and some of the associated events you might enjoy when you come to New Zealand!

Rugby is New Zealand’s National Sport and we’d even go so far as saying that it’s part of our identity. It’s a huge part of life here! Not only is it played in schools and clubs around the country, but many children’s wildest dreams are of playing for the All Blacks - the New Zealand team.

We’re incredibly proud of the All Blacks and just about everyone in New Zealand loves to watch a good game of rugga. They’re famous for performing a Maori challenge, called the Haka, before every match. This impressive warrior dance is designed to demonstrate the strength and unity of the team.The All Blacks won the Rugby World Cup in 1987, 2011 and 2015 and as of 2020 are currently rated as the 3rd best team in the world.

Events: The next World Cup is in France in 2023. There are live matches in New Zealand at all levels, so you’re sure to be able to catch a game while you’re here. 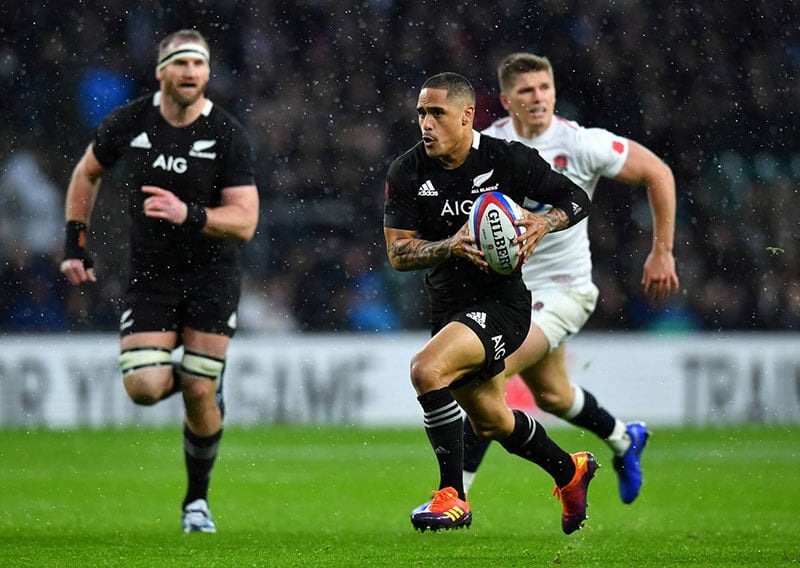 Netball is incredibly popular in New Zealand and is the most popular female sport played here. The national netball team are known as the Silver Ferns, the name taken from the silver emblem used on many NZ sporting uniforms. The team is famous throughout New Zealand and the players are well known and hold celebrity status.

The game is played professionally, socially and informally all over the country and the professional level games are all televised for the nation to enjoy. The Silver Ferns won the Netball World Cup in 1967, 1979, 1987, 2003 and 2019 and are currently ranked second in the world behind Australia.

Events: The next world cup is in South Africa in 2023. There are live matches going on in New Zealand all the time so we hope you catch a game while you are here.

Cricket is played from a professional level right down to backyard cricket in every garden or at every beach BBQ throughout the country in the summer. You better get ready to have a game while you’re here! The national team are nicknamed the Blackcaps (a nod to the All Blacks) and are currently (as of February 2021) ranked as the best test cricket team in the world.

Events: If you don’t catch a live match then you’ll be playing yourself on the beach for sure. We’ll explain the rules when you get here!

Mountain biking is an incredibly popular sport in New Zealand and you’ll find trails, tracks and local transport options to ferry you up and down all over the country. There are a number of races you can take part in if you’re up for it, or you can just come and enjoy the trails as part of your trip. The main mountain biking locations are Rotorua (Whakarewarewa Forest is widely rated as one of the world’s best mountain biking meccas), Hamilton and Taupo in the North Island and Otago, Queenstown, Wanaka, Nelson and the West Coast in the South.

Events: The 47km Macpac Motatapu mountain bike race is open to all and happens each summer near Queenstown. The Pioneer is an incredible 6-day mountain bike race in the Southern Alps. Crankworx Rotorua is a world celebration of Mountain Biking that starts in New Zealand before moving on to Australia, France and Canada. 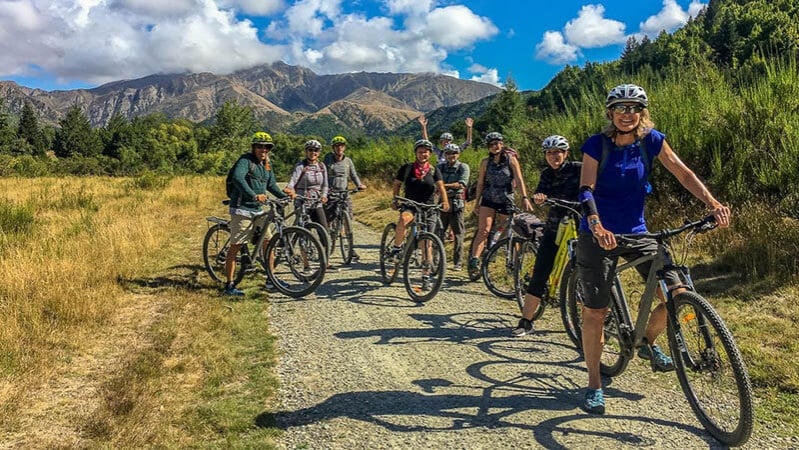 We’re surrounded by water! So it’s no wonder that we are a nation of sailors, keen to get in a boat and out on the water at every given opportunity. We’re blessed with over 15,000km of coastlines dotted with sheltered bays, beautiful sounds and many safe harbours. From the Bay of Islands to the Marlborough Sounds, we have many different sailing spots and yachts are available to charter for experienced sailors.

When it comes to competition, we get very excited about The America’s Cup, the oldest trophy in international sport, dating way back to 1851, when keen sailors battled it out on a race round the Isle of Wight in the UK. The next cup is happening as we speak (summer 2021) with New Zealand, Great Britain, America and Italy due to battle it out for the cup in the world’s most exciting boat race.

If there’s a walking trail nearby, we can’t see anything wrong with whacking on your runners and running it instead. It’s quicker, right? If you’re a keen runner you’ll never want to run on a road ever again after experiencing our stunning trails. With breathtaking views, amazing races and natural ice baths (glacial lakes!) to cool your muscles in at the end, you’ll be spoiled for choice.

We have running events taking place throughout the summer so check out some dates online and try and fit in a race while you’re here. Alternatively, take the more relaxed option and just head out for an early morning trail run before you head out for the day.

Skiing in New Zealand is surprisingly good. While you won’t find resorts on the same scale as Europe or the USA there’s nothing quite like exploring the back country or visiting the remote club fields in the South Island.

The most popular resorts are Cardrona, Coronet Peak and the Remarkables, which are all situated near Queenstown and Wanaka. You’ll find them friendly, easy to navigate and get to know, and you’ll never be too far from a cold one (or a hot chocolate, whatever you prefer!). There’s nothing like a South Island winter and with incredible views from all the ski fields you’ll have plenty to enjoy.

Snowboarding is another popular winter pastime and while you might see most of the young'ens ripping it up on skis these days, there’s definitely still a lot of snowboarders around.

With park set ups for those keen on tricks, jump zones for adrenaline junkies and wide open spaces for free riders keen on carving out lines, there’s something for every level and type of snowboarder here during the South Island winter months.

Events: Winter Games NZ – the absolute highlight of the southern hemisphere ski season this world-class competition is held during the South Island winter every year in Queenstown, Wanaka and Naseby.

With magnificent coastlines, beautiful inland waterways and exciting white-water rivers to explore, people of all abilities can enjoy kayaking in New Zealand. Guided kayaking tours are a popular way for our visitors to explore places like the Marlborough Sounds, Abel Tasman, Bay of Islands, Milford Sound and Lake Taupo.

New Zealanders can often be found heading out in their kayaks and it’s a great day out for everyone in the family too. We just pack up a picnic, pop the kayaks on the roof-rack and head out for the day! The great thing about it is that it can be as serene or as exciting as we like, depending on where we go.

Events: Competitions happen throughout the year including the NZCT New Zealand and Oceania canoe sprint championships, the Queen and King of the Bay and South Island Surfski championships and the NZ Kayak Marathon Championships to name a few. 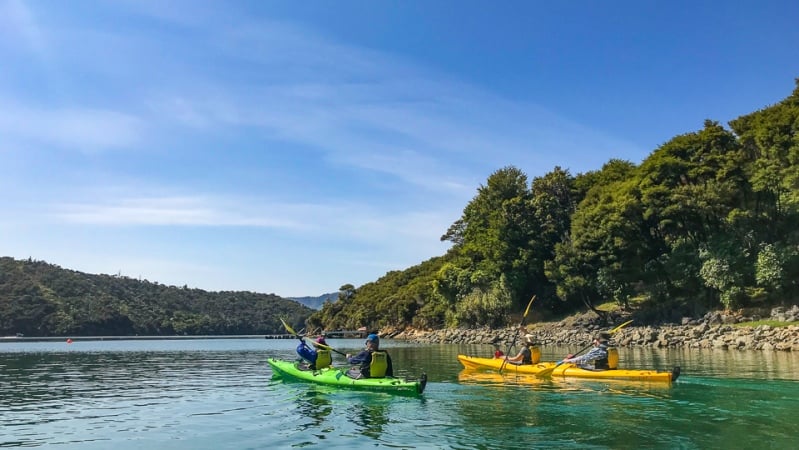 We like to think of ourselves of a nation of outdoor enthusiasts, so multi-sport events and activities really float our boats! If there’s a chance to do more than one adventurous activity in a day then we’re there. For example, you’ve probably heard about the dream to go surfing and skiing in one day and in New Zealand it is actually physically possible! It’s just a little chilly in the sea…

Anyhow, the more likely multi-sport activities are based around running, hiking, biking and kayaking and if we’re not doing it for fun, we’re dreaming of entering one of New Zealand’s most famous races – the Coast to Coast. The race from one side of New Zealand to the other on foot, bike and by kayak. It’s an epic! Would you like to do it?

Events: The Coast to Coast – an iconic NZ race! Since 1983 this annual challenge to run, bike, hike and kayak from the West Coast to the East Coast has been a dream of many – it’s just a mere 243km across the Southern Alps after all! Are you game?

We also love curling (check it out in Naseby!), golf (you’ll find world-class golf courses and competitions here like the NZ Open), mountain climbing and most other adrenaline-fuelled activities. We can’t wait for you to come and try something new when you’re here! 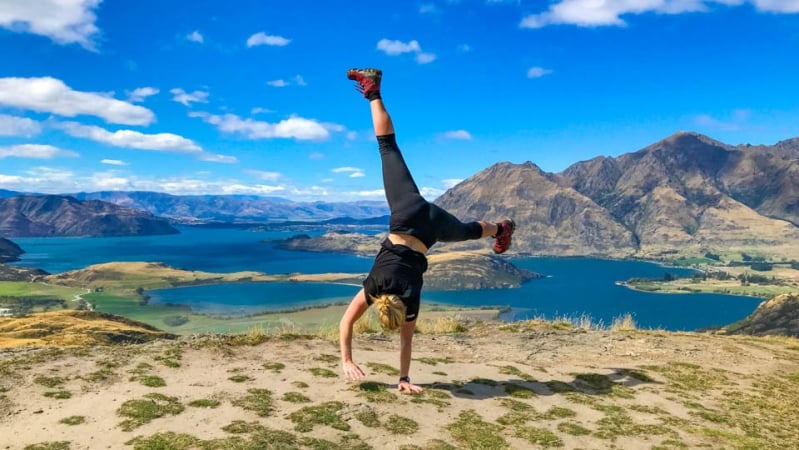 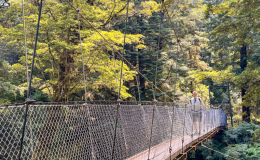 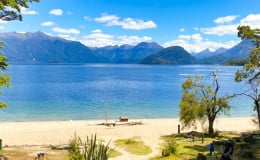 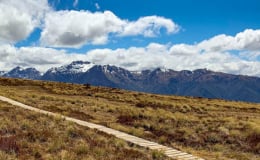