Home > Blog > 13 Things You May Not Know About New Zealand

13 Things You May Not Know About New Zealand

What makes New Zealand such a unique place? Well, it’s full of awesome people of course! But that’s not all! Discover some amazing facts about New Zealand that you might not already know. There’s more to our country than our scenery and funny accents… But what?

While I’m sure you’ve heard of our world-famous All Blacks rugby team, marvelled at our beautiful scenery in the Lord of the Rings films and perhaps even sampled our famous wine, there’s still more to discover! Read on to find out more about our language, quirky culture and more interesting facts that will make your travels here even more exciting.

There’s also another unofficial language you’re bound to hear a lot of… and that’s our unique Kiwi slang! It won’t be long before you discover what ‘togs’ are (swimwear), that it’s fine to wear them just with your ‘jandals’ (flip-flops), that a ‘dairy’ is where you buy your newspaper, milk and chocolate from (not just where the cows get milked) and if you’re out in the ‘wop-wops’ you’re in the back of beyond on some kind of wild adventure. You’ll also hear us say ‘sweet as’ and ‘awesome’ about just about everything! We’re an enthusiastic bunch!

2. New Zealand is the place to unplug

You might not know… New Zealand has limited WiFi and cell phone coverage in many places. Most people come to New Zealand to escape the rat race, but still – it’s worth knowing that you won’t find super-fast broadband, unlimited free WiFi and cell phone coverage everywhere you go, so you’ll need to be prepared. It might take a bit of getting used to, but seriously - bring a good book and it won’t be long before you slow down to the pace of life here and enjoy not being connected to the outside world every minute of every day. It’s refreshing!

However, it is important to remember that when you head out hiking, there often isn’t any cell phone coverage in the hills, so you’ll need to have other contingency plans in place in case of an emergency. You can read more about safety in our Ultimate Guide to Hiking in New Zealand blog if you like. 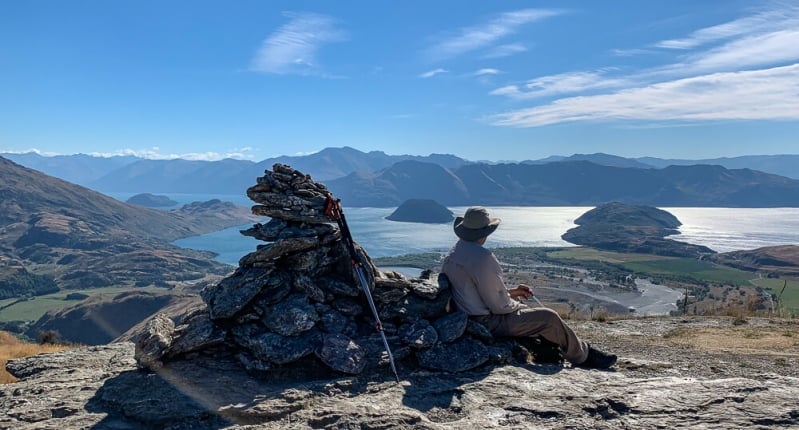 3. We drive on the left, and there are many windy roads

You might not know… New Zealand has very few highways. In fact, most of our roads are windy country roads with one lane and a limited number of overtaking spots. We also drive on the left-hand side, so that may take some getting used to if you’re from a place where you drive on the right. 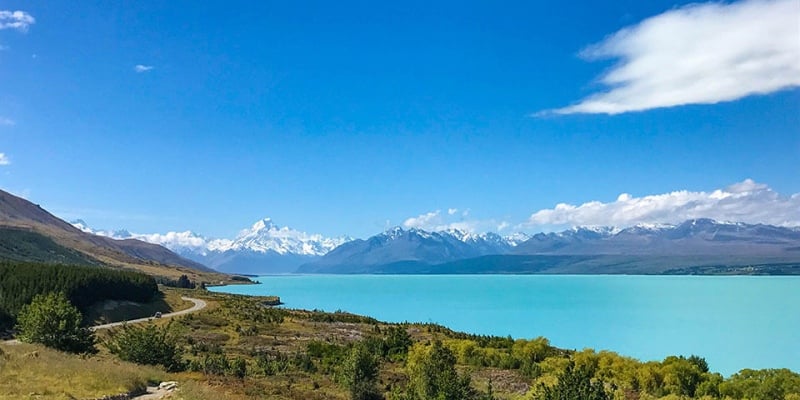 You might not know… New Zealand doesn’t have such a thing as cheap fuel. If you do end up on a self-drive trip, then you’ll quickly discover that your fuel bill is going to eat into a big chunk of your budget. Even more so if you’re driving a gas guzzler like a big ol’ camper!

In fact, only 32% of the price you pay at the ‘servo’ is for the fuel – the rest is made up of tax from the government that goes towards maintaining roads and policing them, then the fuel companies add an ‘importer margin’ to cover the costs of shipping the fuel in and getting it to the service stations, paying wages, marketing and making a margin, so it all adds up. Sharing a vehicle in a group is the best value way to get around, not to mention the best for the environment! Do a trip with New Zealand Trails and enjoy having a driver and guide taking care of your transport.

You might not know…. Tipping is always appreciated for anyone offering great service, but it’s not expected as it might be in some other countries. New Zealand has a very fair minimum wage system, so even entry-level workers at age 16 are paid a decent wage and tips are not expected to be part of that.

That said, in restaurants and bars, tipping is always appreciated and a tip of 10% on your bill would send the message that you’ve received great service. If you’re in a bar, you’ll often see a tip jar by the till that you’re welcome to contribute any amount into, and it’ll be split amongst the bar staff at the end of the night or saved for a staff social.

6. National parks are free to enter

You might not know… that 20% of New Zealand is made up of national parks, forests and nature reserves and they are all free to enter. There are 14 national parks to explore, so you’ll be spoiled for choice too. The National Parks are the best places to immerse yourself in our beautiful native flora and fauna, explore our trails and experience the wilderness.

That said, if you want to hike any of the Great Walks, our famous multi-day hut-to-hut hiking experiences, you’ll need to book huts and permits for these as spaces are limited. But there are plenty of free hikes to enjoy if you don’t manage to get a spot! And if you join a group trip, like those run by New Zealand Trails, all your Great Walks and other permits and bookings will be arranged for you. 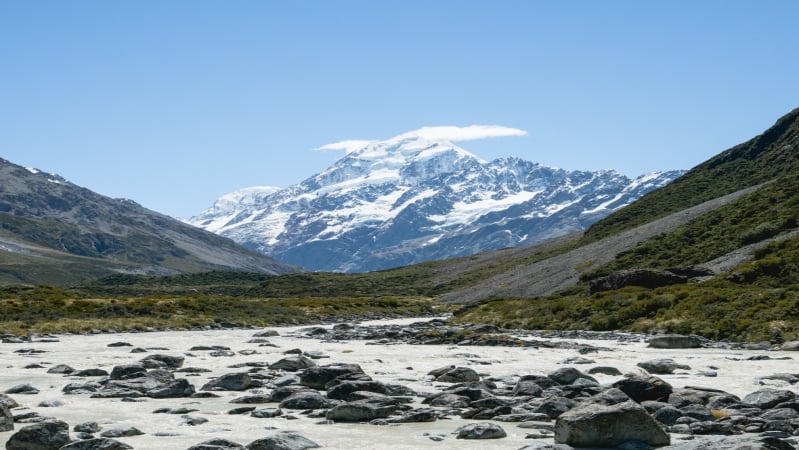 7. New Zealand was the first country to give women the vote

You might not know… that on September 19th, 1893 New Zealand became the first self-governing country in the world to grant women the right to vote in parliamentary elections. After nearly 20 years of efforts by suffrage campaigners led by Kate Sheppard, who made speeches and organised meetings and marches, the suffragettes finally won the right to vote and led the way for the rest of the world. They certainly took their time elsewhere though, showing what a trailblazing nation New Zealand was! In Britain, women didn’t win the right to vote until after the First World War many years later. In the US, the right to vote was granted in 1920 and in Britain, 1928. New Zealand proved itself to be a world leader in women’s suffrage.

8. We're the first place in the world to see the sunrise

You might not know… New Zealand is the first place in the world to see the sunrise each day. Thanks to the position of New Zealand and the curvature of the Earth, there’s a place a little north of Gisborne, around the coast on the East Cape that has the honour of witnessing the world’s first sunrise every day. What a treat!

9. Most of the New Zealand population live on the North Island

You might not know… geographically, over three-quarters of the New Zealand population of 4.7 million live on the North Island. Of these, about a third live in the City of Sails - Auckland. A majority of the remaining Kiwis reside in the other main cities of windy Wellington, the garden city of Christchurch and quirky Hamilton, with the rest dotted around the rest of the country in much smaller towns. The population of New Zealand is multi-cultural and made up of people from a wide range of backgrounds, with around 70% being of European descent, 16.5% Māori, 15% Asian and 8.1% non-Māori Pacific Islanders.

You might not know that… New Zealand is made up of two main islands with a landmass roughly the same size as Japan or Colorado, around 103,500 square miles. It’s also surrounded by hundreds of smaller islands. That said, it shouldn’t be underestimated – it still takes time to travel around and explore everything you’ll want to see and do!

11. New Zealand was once home to the world's largest bird

Before humans settled to live in New Zealand, the swathes of lush native bush were home to an incredible variety of birdlife. It would have been a very noisy place! With no natural predators to fly away from, evolution eventually led to many of these birds losing the use of their wings and becoming flightless - the kakapo parrot, the kiwi, the takahe, and the world's largest bird, the (now extinct) moa.

The moa was enormous, reaching up to3.6m (12ft) in height with its neck outstretched, and weighing about 230kg (510lb). Its only predator was the vast Haast’s Eagle which could weigh around 15kg with a wingspan up to 3 metres.

Sadly, both birds are now extinct. How cool it would be to see a moa, or a Haast’s eagle swooping through the sky! But after the Maori and Europeans settled in New Zealand they hunted the moa extensively for food and introduced predators, like rats and stoats, which eventually led to the extinction of these wonderful creatures. In fact, the predators continue to cause problems with the native bird populations to this day. As you hike in the National Parks you’ll probably see rodent control traps and measures in place as the Department of Conservation attempt to minimise any further loss of our native species.

12. Māori culture is an integral part of life in New Zealand

The Māori are the ‘Tangata Whenua or the indigenous people of New Zealand. They first arrived in New Zealand around 1000 years ago, travelling in waka hourua (voyaging canoes). Today, one in seven New Zealanders identify as Māori. Their history, language and traditions are central to New Zealand’s identity.

The Maori people were experts at hunting, gathering and growing – they wove fishing nets from harakeke (flax) and carved fishhooks from bone and stone. They hunted the native birds (including the moa) with ingeniously designed traps and snares. They cultivated the land and introduced Polynesian vegetables such as the kumara (sweet potato) that they cooked in a hangi, or earth oven.

You can learn about and experience Maori culture on our Sweet North trip, visiting our cultural centres, taking part in a hangi and listening to the wonderfully told myths and legends of the local people.

Our main geothermal hub is Rotorua on the North Island where you’ll find steaming road drains, huge geysers, bubbling hot mud pools and mineral-rich hot springs. The subterranean activity even provides electricity and heating for the area. There are many health benefits to soaking in the hot pools so be sure to make time for a soak while you’re here.

We also have a spectacular volcanic landscape to enjoy, and our most famous day hike takes you through the incredible scenery of Mount Tongariro. Other famous volcanoes on the North Island are Mount Ruapehu, Mount Taranaki and Mount Ngauruhoe, which is New Zealand most active volcano and was famously used as Mount Doom in the Lord of the Rings film trilogy. 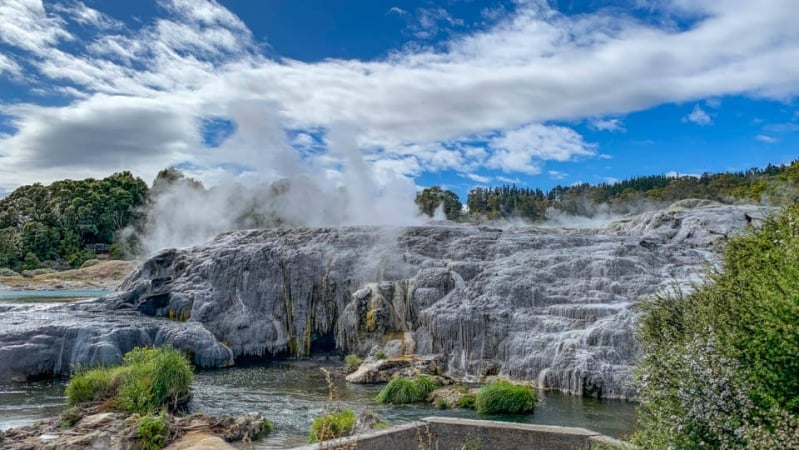 So, what do you reckon? Did you learn anything new? If you want to know more, then join our fantastic guides at New Zealand Trails for a New Zealand adventure and you’ll learn even more too. They’re absolute superstars at sharing stories about their culture, informing guests about the places they are visiting and generally making sure you feel like you really get to know them and New Zealand while you’re here. Come and join us! 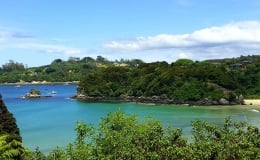 Top 5 things to do on Stewart Island 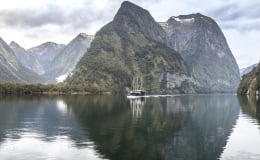 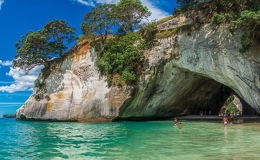 The Best Beaches in New Zealand